Should You Replace Your Copywriters with ChatGPT?

There’s been a lot of talk about ChatGPT … maybe, maybe too much talk. And you’ve definitely seen ads like this: 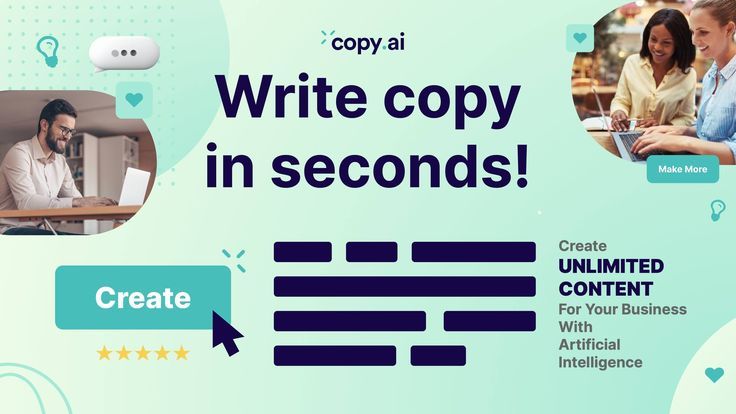 For years, tech companies have promised us magic wands that solve for all sorts of marketing problems. Analytics, automation, scheduling, etc. But now, a technology is being offered as a solution to a creative “problem” — namely, the problem of copywriting.

So let’s tackle the 64-dollar question:

Should you replace actual, real-life copywriters with ChatGPT? Can you?

First, let’s get a handle on the technology …

How does ChatGPT work?

ChatGPT uses a neural network architecture to generate responses. By tapping into a large dataset of conversational text as its training data, ChatGPT learns the patterns and nuances of natural conversation to produce responses that are highly likely to be relevant and coherent. And by tapping the vast dataset that is the internet, ChatGPT is able to find common patterns in information and use them to piece together narratives that have a high probability of being relevant and coherent.

In a sense, ChatGPT is leveraging the internet to “remix” explanations, arguments and narrative forms on a wide variety of topics.

If you were to ask ChatGPT, for example, to make an argument for why Michael Jordan was better than LeBron James, you will get a strikingly accurate and reader-friendly breakdown. That’s because tons of material has been written on that subject. With loads of data to work with, ChatGPT finds the most common arguments, phrases, transitions, etc., and mixes them into something technically new … even though the information this “new” article is built upon is all rehashed.

(If, by contrast, you asked ChatGPT to explain why chocolate is commonly used as a substitute for motor oil in Zimbabwe, it gets stuck in mud … since no one has ever written anything about that fake thing I just made up.)

This is where we see the key limitation of ChatGPT. In a sense, it’s like a really good DJ who doesn’t know how to write original songs. It can play really good music all night long, all of which has technically never been heard before … but it can’t do anything without sampling other people’s content.

There’s an old adage that good writing is good thinking. And the truth is, ChatGPT doesn’t think. It curates.

IBM’s Watson — another AI product — smoked every Jeopardy contestant who ever dared face it. But Watson doesn’t think either. It processes information, and does so at speeds no human could ever match. It’s like a math whiz working by hand, competing against someone with a calculator.

The difference is, the advent of the calculator didn’t drive people to stop teaching math. We think of a calculator, correctly, as a wonderful tool to help us do math.

The same should be true of ChatGPT and writing. It can serve as a shortcut for research. It can put together coherent explanations of things (again, based on previous writings). It can build the structure of an email or blog post [1] or term paper [2]. But it cannot write. And if you use it to “write” for you — to take over the entire process — you’ll be left with remixed content devoid of original thought.

It may pass for writing, but it’s tantamount to clever plagiarism. Like Styrofoam peanuts: useful filler, but nothing more.

Case in point: Check out this much-talked-about Mint Mobile commercial, where Ryan Reynolds reads an ad he created using ChatGPT:

The ad copy reads astonishing like a “real” ad copy. And having worked as an advertising writer — and copy director and creative director — for a long time, I can assure you that this ad is not dissimilar to what many, many copywriters would turn in if given this assignment. So looked at that way, sure, ChatGPT is a fine replacement for a real-life human copywriter.

But what makes this ad good isn’t the ChatGPT-produced copy. It’s that someone thought it would be interesting, and potentially funny, to have Ryan Reynolds read such copy aloud and react. That is what makes this spot different and special: the idea at its center.

An idea created by a human being. A writer. An artist.

The late, great Bill Bernbach once said: “Imitation can be commercial suicide.” He also said: “The difference between the forgettable and the enduring is artistry.” The ultimate goal of any promotional copy you produce — whether that be an ad, a social media post, a blog article, etc. — is to make the audience stop and go, “Huh.” To make an impact. To drive an action. To be remembered.