“Let’s face it: Facebook’s audience is getting older. And younger demos are on TikTok.”

You’ve probably heard marketers say something very close to this. The implication being:

The Facebook audience is dying off. And TikTok is the future. So, we should start putting our eggs in the latter basket.

Let’s analyze that thought for a moment.

With the rapid rise of TikTok — which crossed the 1 billion users mark last year* — marketers who aren’t using the platform in their social media mix can feel behind the times. But TikTok isn’t the new apple here to replace Facebook’s old apple. It’s not even an apple. It’s something else altogether. It’s an orange.** And whether or not you should serve it depends on who your audience is. 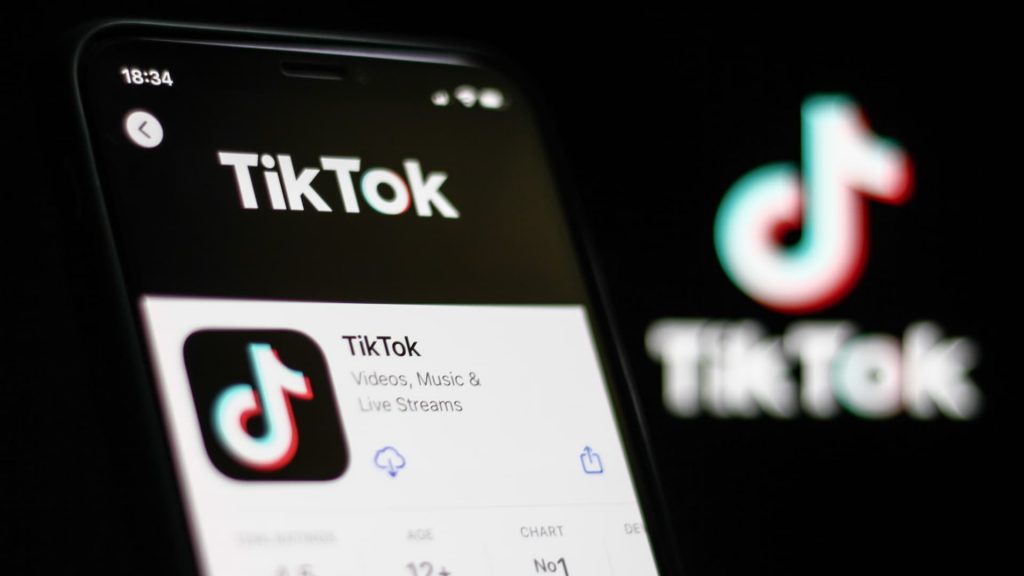 When asked about competition from Facebook, Blake Chandlee, TikTok’s president of global business solutions, said: “Facebook is a social platform. They’ve built all their algorithms based on the social graph. We are an entertainment platform. The difference is significant.”

Yes. The difference is significant.

The “social graph” that Chandlee mentioned is your network of friends, family, acquaintances, colleagues and brands that you choose to connect to on Facebook. That’s what makes the platform special: that each user has built their own universe of connections.

But on TikTok, the experience is completely different. When you load the app, a short video fills your mobile screen. You likely have no idea who created this video. If you like it, you watch it. If you don’t, you swipe up to load a new video — selected for you based on the platform’s algorithm. 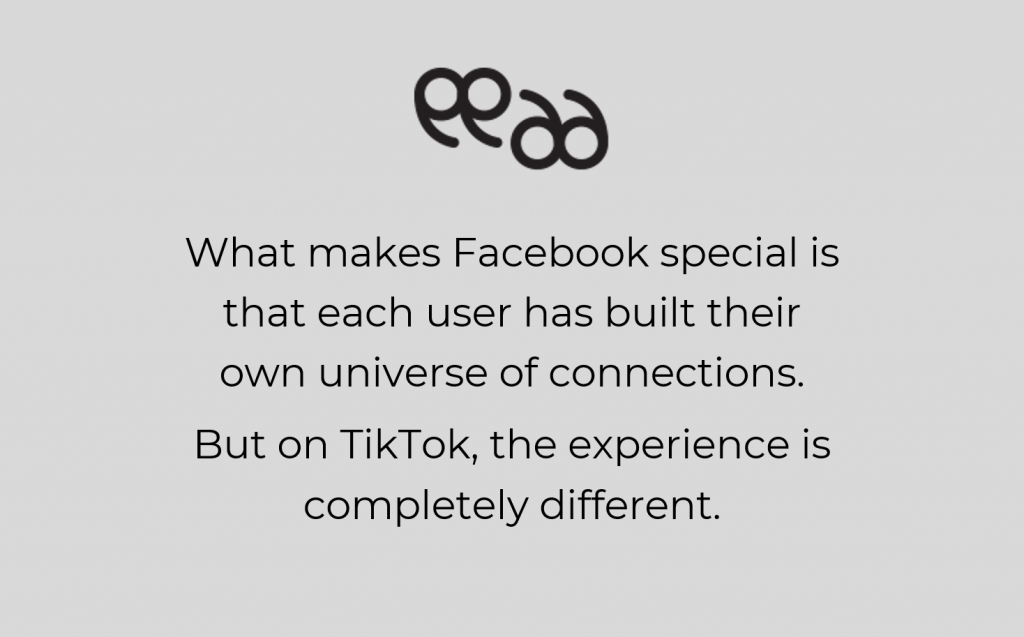 The rush to TikTok reminds me of what the McDonald’s brand faced several years ago. Consider:

For decades, McDonald’s was the king of fast-food restaurants. (They served so many customers, they stopped counting in 1993.) Their stores were designed to “facilitate turnover” — red and orange color schemes, close-together seating that was comfortable enough (but far from cozy), bright lighting, etc. All designed to get the customers in and out. Volume, volume, volume.

Instead of remaining true to its brand, McDonald’s started mimicking Starbucks. They redesigned their store interiors, installed WiFi, created the McCafe sub-brand. Why? Do McDonald’s regulars suddenly want to hang out in those stores (something they’ve never done before)? Was the hope to drive Starbucks customers to defect to their local McDonald’s for the atmosphere?

People don’t want from McDonald’s what they get from Starbucks. They’re two totally different things. Coffee is sophisticated, adult and international. Hamburgers are fun, childish and American. Why would you abandon who you are — and what people love about you most — just because something else became popular?

(SIDE NOTE: If McDonald’s wants to evolve its brand, they should look to Richman’s — a Philly-area burgers & ice cream franchise. Richman’s has all the stuff McDonald’s used to have in the 1950s: a walk-up window, great music, a fun vibe, etc. McDonald’s should lean into its history … and maybe expanded its dessert/ice cream/milkshake offerings … and get back to what made it lovable: FUN!) 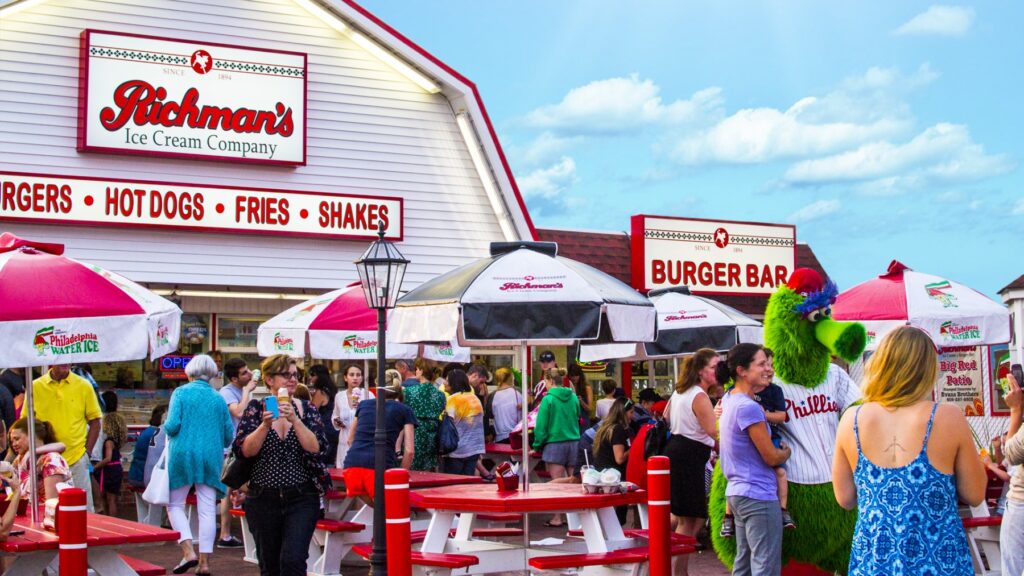 The bottom line? Stay in your lane. Do what you’re great at. Evolve your abilities and techniques, yes … but don’t lose sight of who you are. That includes what you do on social.

If your customers — or your next generation of customers — are on TikTok, then figure out how to be relevant and interesting there.*** But if they aren’t, then let it go; that channel simply makes no sense for your brand or your business needs.

Marketers can twist themselves into knots chasing the hot new thing. (Remember when everyone was rushing to Pinterest a few years back? Remember Woo Woo?) Better to be where your customers are — being who you are — engaging them in ways that matter to them.