By any measure, “Just Do It” is one of the greatest ad campaigns ever made.

It ranks #4 on Ad Age’s list of the Top 100 Campaigns of the [20th] Century. Last year, Nike made almost $12B in revenue — that’s more than three decades after the campaign launched. And, most telling, just about every conscious human being in the Western world knows what company “Just Do It” is attached to, what it means, and why it matters.

But Dan Wieden and company didn’t create that gem by gathering in the brainstorming room one day to spit-ball taglines. They started with much more basic building blocks.

Remember that a brand is an idea. They needed a better idea.

Phil Knight, along with co-founder Bill Bowerman, created a company called Blue Ribbon Sports in 1964, which imported Japanese running shoes to the United States. But then Knight took a trip to Greece where he came upon the Temple of Athena Nike — the goddess of victory. A dedicated runner and believer in athletics, he was moved by this.

In his autobiography, Shoe Dog, Knight writes: “I believed in running. I believed that if people got out and ran a few miles every day, the world would be a better place.” He realized in that moment that the company he co-founded could be about more than providing great sneakers for running. It could be about giving people a conduit to a better life.

And from the seed of Blue Ribbon Sports, Nike was born. 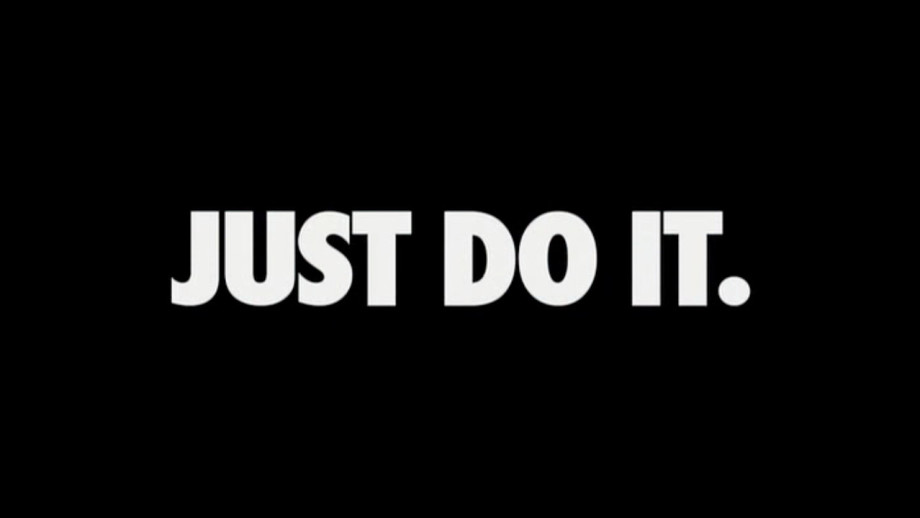 Fast forward to 1988. Dan Wieden had a campaign to develop, and a brand to evolve. He sought to expand on what Phil Knight had started.

Nike, to him, was a brand that helped people pursue, and achieve, VICTORY. And victory, like beauty, is in the eye of the beholder. To a professional athlete, it could mean making it to the playoffs. To a high school athlete, it could mean winning states or impressing a college scout. To an 80-year-old man, it could mean just getting out there and doing it again, despite what your body or age might suggest.

Whoever you are, whatever your challenge, however you define victory, THIS is the brand that can help you achieve it.

The problem was how to say all that in a simple line instead of a paragraph.

Then one day, Dan Wieden was reading a piece about Gary Gilmore, the death row inmate who’d been found guilty of killing two people in Utah. At his execution, when asked if he had any last words, Gilmore shook his head and simply said, “Let’s do it.”

He was about to be brought before a five-man firing squad. That would terrify almost anyone. But Gary Gilmore’s response — his attitude — was, Let’s do it.

Wieden had his “a ha” moment. From that, he crafted the three-word phrase that would become more of a movement than a mere tagline:

That the creative process is really the result of two critical phases: the logical left-side-brain phase, and the creative right-side-brain phase. The first part — research, analysis, determining market positioning, unique differentiators, etc. — sets the foundation. It informs and focuses your creative staff, and get them thinking the right way. This part of the process, btw, can be built into any good organization.

But the second part … that is the realm of the artist. And it can be one of the most challenging, elusive and frustrating things a person can go through. It requires patience and tireless effort. It requires the self-demand to keep pushing until you find the idea that rings as perfectly as a pure bell. It also requires the openness to find the right inspiration no matter what the source.

Two halves of the process. And, if the work has any chance of being great, you must have both.

So, the next time a marketing manager or creative director or account executive kicks off a new campaign project by scheduling a brainstorming session, tell them to pump the brakes.

Tell them you have to do the basics first.