In Martin Scorsese’s new Netflix documentary,* Rolling Thunder Revue: A Bob Dylan Story, Dylan looks into the camera (during a confessional) and shares a little philosophy:

“Life isn’t about finding yourself,” Dylan says. “Life is about creating yourself.”

While a simple notion, it bucks a certain conventional wisdom: That we each have a unique essence that makes us who we are. We evolve slightly over time, sure; but as Simon & Garfunkel famously sang: “After changes upon changes / we are more or less the same.”

Put another way: Each of us is a snowflake because we were made that way; none of us is the designer of his/her own snowflake.

But, what if we have that wrong? 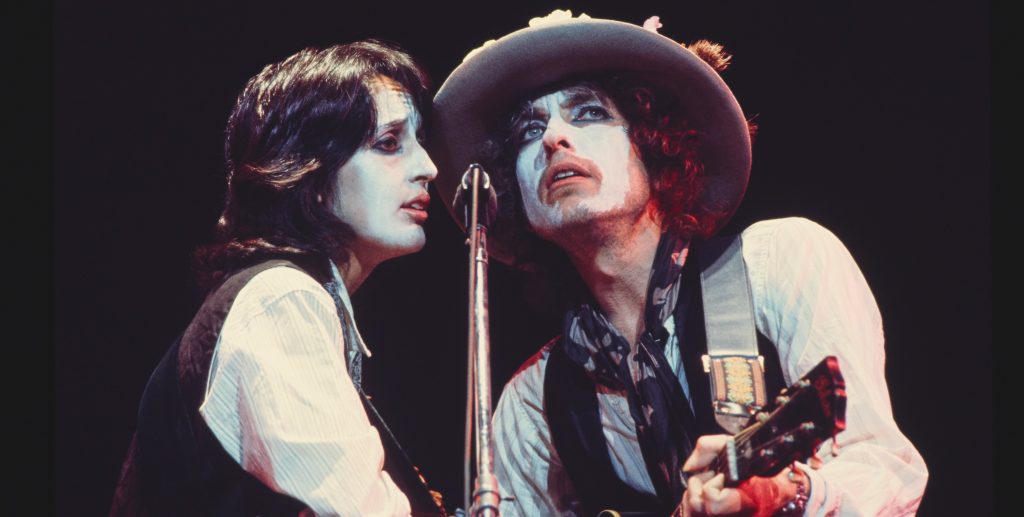 When we talk about who a person is, or try to describe his/her personality or essence, we’re conjuring the idea of a static reality. But reality is fluid. Change is the only constant. And the truth is, after changes upon changes, most of us turn out really different.**

The same thing applies to brands. In a world and an age where things are constantly moving and evolving, it’s alarming to hear marketers talk about the importance of never “breaking brand.”

Brand consistency is extremely important, of course; a brand’s instant recognizability is central to its value. But consistency doesn’t mean rigor mortis. When a brand is so well-protected that it becomes stagnant, stiff and unyielding, it’s often a signal of coming death.

This is a brand that’s maintained its core essence for more than a century: a unique form of American luxury that exudes power and cool. But jump back 25 years. When someone said “Cadillac,” you pictured a Seville or Eldorado. Basically, you pictured something your grandfather would drive. So, in the late ‘90s, the brand decided to get modern.

They developed new models — like the Escalade and CTS — that were a radical departure from older designs, but still pulsed with a heartbeat that was unmistakably Cadillac. They traded in Frank Sinatra for Led Zeppelin (brilliantly seamlessly). And, in the end, they came away with one of the great modern brand success stories.

As Deborah Wahl, Cadillac’s CMO, explained earlier this year: “When you take an iconic brand and are evolving it, you have to do that in two ways. First, you sell the core. And second, you need to work and have an eye toward the future.”

Take care of the core + look to the future.

This is a sound strategy not just for iconic brands like Cadillac, but for all great brands. Of course you leverage and protect the things your audience loves about you. But it’s equally important to look to the future — to where our culture is headed — and recognize that reality is growing increasingly fluid.

The question before us, as marketers, isn’t how a brand should adapt to the future (or “find itself” going forward). The question is how a brand can recreate itself in modern context.

The possibilities are wide-open — and growing even wider. More than ever before, you can bend a brand to extreme angles without breaking it. In fact, it’s your responsibility as a marketer to do just that. Because, again, the rigid brands are the ones that die.

* Actually, it’s more of a quasi-pseduo-documentary, since a lot of new and archival footage is blended together to tell a story that’s half true and half fiction. As the viewer, it’s hard to know which is which, though you’re constantly wondering and guessing as you go. Did a 19-year-old Sharon Stone really go on tour with the band as a costume girl? Did President Carter really use his influence to score Dylan tickets? You want to know, because the truth matters. Now, if you don’t understand the movie’s backstory and you’re watching it all as straight documentary footage, you perceive everything as real — which, I imagine, is the main point Dylan and Scorsese are trying to make.

** Think about who you were as a nine-year-old: what you believed in, what you wore, what mattered to you most, etc. There are many core things about your younger self that remain with you today, yes. But across the board, you’ve far outgrown nine-year-old you. Even if you wanted to, you couldn’t start dressing like you did decades ago and believing in the Tooth Fairy again. You’re not that person anymore.