People like to win … but not as much as they hate to lose.

At least, that’s what a good economist would tell you.

Consider the concept known as “Prospect Theory,” which offers a different view on consumer thinking and behavior. This behavioral economic doctrine, which earned its creators a Nobel Prize in 2002, describes the counterintuitive way that people make choices that involve risk when the probabilities of outcomes are known.

A classic example of Prospect Theory in action is this:

Meanwhile, another group of subjects, Group #2, is given a slightly different choice: A) win $100 automatically, or B) flip a coin: heads you win $200, tails you win nothing. In this case, the majority of subjects in Group #2 choose A; they do not want the gamble. 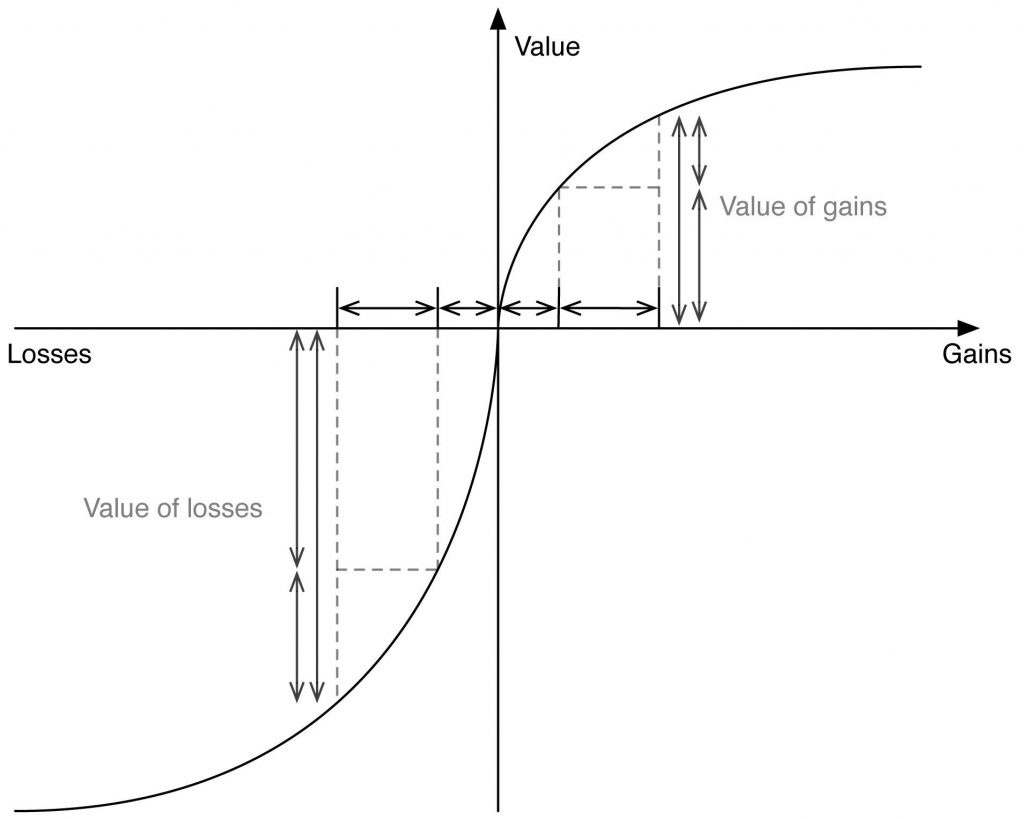 From a logical perspective, this makes no sense. The potential win/loss risk is exactly the same in either case. Whatever an individual’s choice is for one scenario — take/lose the money, or take your chance on the gamble — should be the same for the other.

Of course, humans aren’t completely logical; they’re also highly emotional. This isn’t news. Advertisers and marketers have leveraged emotion since the earliest days of the craft. But perhaps we’ve lost sight of the varying ways in which people can be emotional — especially when the choice at hand (e.g., a 50/50 gamble) isn’t a seemingly emotional one.

This survey data strongly suggests that, for most people, the Pain of Loss is more emotionally powerful than the Joy of Gain. Yet, advertisers in the modern age have leaned far more heavily on the latter.

The most celebrated of them have made an art of creating abstract concepts that leverage the Joy of Gain without delivering anything logical at all; some of these wildly aspirational promises have served as the touchstones of brand advertising for the better part of three decades.[1]

This wasn’t always the case.

In the early part of the 20th century, most advertising focused on the Pain of Loss. A negative phenomenon was addressed, and the advertised product was introduced as the solution. Consider the famous Listerine ad that coined the phrase, “Often a bridesmaid, never a bride.” It didn’t offer a way to gain a potential husband; rather, it offered a way to avoid losing a potential husband — in this case, due to bad breath.[2] 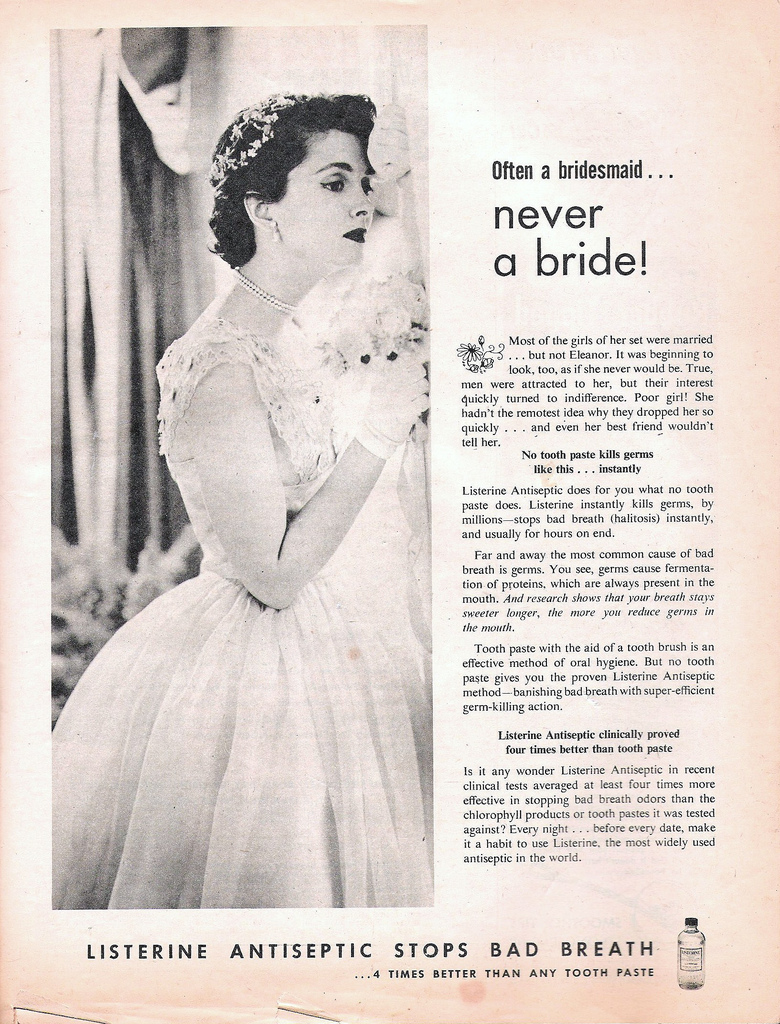 Now, we’re not suggesting that manipulating people to feel shitty about themselves so that they buy your product is good marketing practice (or good civic practice). We’re merely acknowledging that marketing’s job is to connect with audiences in powerful ways, and that doesn’t necessarily mean making abstract, hyperbolic promises. Helping a person avoid something painful can be a legitimate marketing goal (which can double as a civic/humanitarian goal).

And the truth is: abstract, hyperbolic promises are losing their effectiveness.

As we wrote in this space back in April, consumers have “reached a point where they’ve had enough. People are taking back control, and finding alternate routes to their buying decisions.” Those alternate routes include ignoring lofty brand promises, and gravitating, instead, toward more measured, credible claims.

In other words, we’re living in an era where commercial messages will likely move away from, “Product X will make your life awesome,” and start feeling, instead, a lot more like, “Product Y can really help you with Problem Z.”

Such practical solutions align very well with our cultural movement toward authenticity. If modern brands want to earn the trust and (eventual) loyalty of customers, they’ll be hard pressed to achieve it by promising the moon. Quite the opposite. Today’s intelligent marketers are dedicated to crafting messages that are clear, simple and truthful.

The really smart marketers will look to other disciplines — like behavioral economics, psychology, sociology, and/or whatever else makes sense — to see how insights from those fields should inform and evolve their modern marketing practices.

And, perhaps the celebrated advertising of the future will become so clear and no-nonsense, that we’ll look back on the great Ron Swanson as the forefather of this new movement.